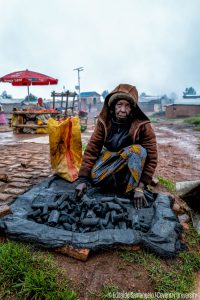 For the past three years, the HEED project (funded by the UK’s Engineering and Physical Sciences Research Council (EPSRC)) has been working to bring about a better understanding of energy needs of displaced populations in three refugee camps in Rwanda (Nyabiheke, Gihembe and Kigeme) and with internally displaced communities in Khalte, Nepal.  In July 2019, HEED commissioned the humanitarian photographer Edoardo Santangelo, to video document the impact of the HEED energy interventions on everyday lives. These videos tell stories of change.

In Gihembe, Nyabiheke and Kigeme camps the refugees are mainly Congolese, with many having spent their whole lives in Rwanda. In co-designing energy interventions with refugee communities in these three camps, HEED sought to provide solutions that embedded self-determination and self-reliance into existing and new structures. Working with the community, HEED installed renewable solar energy technologies: solar power lanterns and multi-function solar street lighting. These systems were produced so that the interventions could potentially respond to the future needs and aspirations of refugees as well as current demands.  As these videos testify, by encouraging practices that see greater equity, autonomy and dignity for refugee communities, HEED’s interventions are transformative for some of the residents in the camp.

The street lights give residents a tangible sense of belonging and community pride as the camp is visible at night from afar. In doing so, there is an increased feeling of security as residents have greater freedom of movement at night. For example, people are worrying a lot less about the safety or whereabouts of their children after dark, as the streets can light the way home. Although HEED’s installation of streetlights can not aid in lifting the restrictions on the rights of refugees to work, it has helped reduced fatalism and pessimism, especially boredom. The street lights are instrumental in changes in public use of schools, community centres, markets, toilets, and churches as street lighting allows these amenities to stay open for longer periods.

After discussing where to situate the multi-function solar street lights, the community decided that communal charging sockets in the playground would be an important asset for the communities. By offering a free entry point for energy to charge their mobile phones, the residents were not only no longer paying at stalls to charge phones, but also the community was involved in maintaining and securing the charging boxes. In letting the community have ownership of the interventions encouraged the idea that community organisation is possible, and residents can be central in making change happen.

The provision of solar street lighting and solar lanterns to residents is by far the most impactful element of HEED. These lights can be considered life-changing as it is a means by which refugees can move from recipients to participants through increased energy capacity in the camp. In Nyabiheke the provision of energy and communal lights in the Village Hall has produced positive changes to the communal well-being through community self-organisation. This is evidenced by the way residents are working together to find solutions to safeguard facilities and in the use of lights in the Village Hall for social events, such as dancing, collective watching TV and karate club so that the community can find and share a common interest.

Community mobilisation, and self-organisation, is still developing. The communities in all three camps are becoming more ambitious in thinking about potential energy systems. In some aspects, the HEED project has facilitated refugee communities thinking more productively about the way energy systems can be installed to improve spaces in the camp. Co-designing renewable energy systems has the potential for refugees to collectively re-imagine energy solutions that are proposed, procured and installed in camps to meet their needs and cater for their aspirations. In doing so, they can potentially envisage opportunities for governance that can build collective capacity and capability through renewable, sustainable energy systems.

The interventions were a needs assessment and co-design of sustainable communal solar street lighting, as well as provision of free energy access across the settlement. As Khalte residents engage with the HEED energy interventions, these images capture different stages of the project to become stories of change