During November and December 2018 the HEED project held twelve Energy for End Users (E4E) workshops in the four displacement settings in which the project is working, 9 in Rwanda and 3 in Nepal. These events brought together key user groups including young people, women, social entrepreneurs, local business owners and community leaders with members of the HEED team to discuss the next stage of research and the proposed energy. 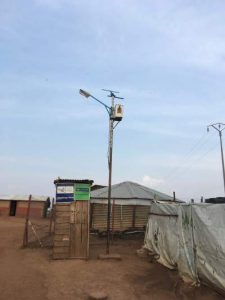 In November 2018 Dr Jonathan Nixon and Dr Thomas Yeboah visited  Gihembe, Kigeme and Nyabiheke refugee camps in Rwanda to work with the communities to identify locations where the design interventions will be deployed.

To ensure that all stakeholders and those impacted by the research are aware of what is proposed and are fully engaged in the research process they also facilitated a series of workshops  These workshops brought together key user groups including young people, women, local business owners and community leaders to explore the proposed research interventions in each of the camps and to gather feedback on their viability. 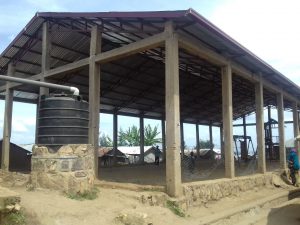 The proposed interventions include solar street lights and standalone solar home systems for co-operatives and buildings used by children for education and play.

However, Jonathan and Thomas found when talking with participants about how lighting is a major issue in the camp, they also expressed a need for household lightening to be provided by the project. This gave them an opportunity to explain to the community what the difference was between HEED, an energy data collection project and other humanitarian projects that were working on the same site, such as Renewable Energy for Refugees (RE4R).

After signposting humanitarian projects who were planning to provide electricity to the camp, Jonathan and Thomas felt this was an example of how researchers can build rapprochement and understanding between participants,  projects and other agencies working in the field.

In Kigeme, along with solar lights being installed in a nursery, 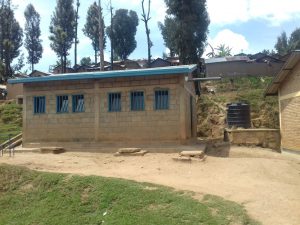 another project’s intervention design is the solar street lights that have sensors attached, which monitor footfall.  After the completion of research, the management of the streetlights would be handed over to MIDIMAR. However, many of the participants expressed concerns about who, both in the short and long term, will be responsible for the security of the sensors. This was due to previous lightening projects being subject to thefts and vandalism of products. 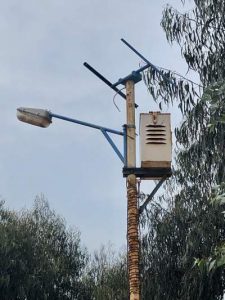 Rather than the HEED team imposing solutions to address this issue, participants were encouraged to generate their own responses on how best to protect and maintain the street lights. This resulted in a decision to have greater community ownership and responsibility towards the proposed interventions as it was suggested that either leader of each quarter of the camp or nominated individuals could be responsible for the security of the lights in each location.

In doing so, the community became active actors in generating potentially sustainable solutions to protect the interventions and encourage communal ownership of the street lights.

In Nyabiheke, Jonathan and Thomas worked with the community on the decision on whether to install a solar street light monitoring sensor on a Church building or a communal hall. 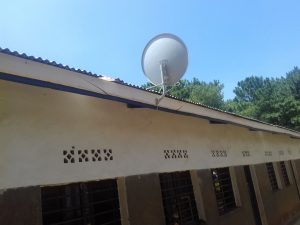 After much discussion on what and why specific interventions and communal spaces would be more suitable in meeting the aims of the HEED project, the community chose to site the design interventions in the communal hall.

In doing so, HEED and the community worked together to see around, beneath and beyond the problem itself.

During December 2018 Elena conducted a series of Energy for End Users (E4E) workshops in a displaced IDP camp in Uttargaya, Nepal to explain to participants the proposed dual purpose streetlight intervention (light and provision of energy at sockets for communal use) as well as the  sensors and monitoring devices that will be recording the everyday activities to gather data on patterns of energy usage within households.

Elena and her team included sessions with all-female groups, to encourage not only participation in the research but also to listen to the women aspirations and needs on the matter of energy. In doing so, she hopes that the findings will see a greater impetus for discussions on energy to include and empower women in devising energy solutions that empower them, in the displaced context. 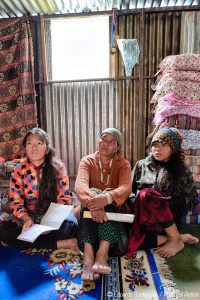 Camps are subject to power cuts up to two days in a week, which restricts women movements at night and forces them to complete household tasks during daylight hours. This limits their opportunities to engage in leisure, education and develop entrepreneurial enterprises.

Improved energy services would benefit in community activities such as marriage, funerals, and reciting of prayers as women could participate more fully without feeling unsafe.

There were clear gender differences when participants were asked ‘if interventions resulted in less costly electricity how would they use the savings?’ 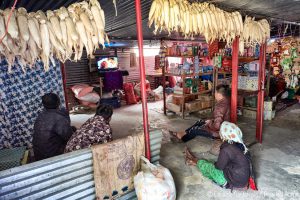 Men indicated the savings would be used to purchase additional appliances such as a fridge and a heater, whilst women’s responses were more centred on immediate family needs, spending the savings on children’s school expenses, more food or investing or expanding their businesses.

Erecting solar lights in the common pathways in the camp would light up areas movement is necessary or socially/safety-enhancing at all times. Rather than “lights all night outside one’s household” being seen as an issue, such as disrupting sleep, all women felt it would be of benefit as it increased the feeling of personal security. They felt knowing that movement outside of their homes would be detected by the additional sensors, they and their children would feel safer whilst asleep at night. 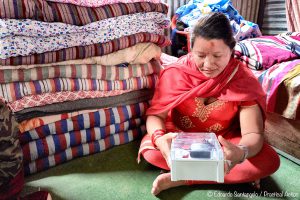 Engaging the women by educating and training them on how the energy monitors in their homes and streetlight interventions record data encouraged the women to identify their energy needs and aspirations. By talking through concerns they had about the project created a collective awareness of the role they can play in developing solutions to energy poverty and become an active agent in ensuring the safety and integrity of the proposed intervention.