Nepal is a small landlocked country found between India and the Tibet Autonomous Region of China to the North. Continuing conflict and political unrest, along with past and present development projects including hydroelectric power dams, have contributed to internal displacement. But, it is natural disasters and particularly earthquakes that have generated the greatest internal displacement with nearly 3.1 million Nepalese displaced between 2008 and 2016. 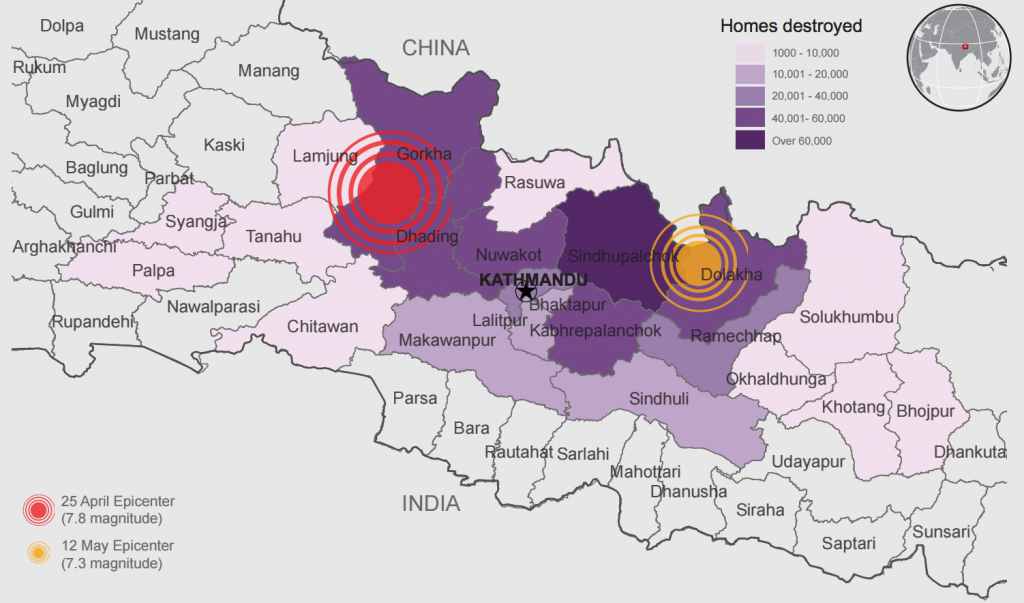 Nepal is located at the junction of the Indian and Eurasian tectonic plates, making it especially prone to earthquakes. In 2015, the Gorkha earthquake and subsequent landslides affected 31 of Nepal’s 75 districts, saw 8,856 people dead, and around 750,000 private houses damaged or destroyed. According to the Internal Displacement Monitoring Centre, over 29,000 people are still internally displaced in Nepal. As individuals may be displaced several times during a natural disaster, out of the 121,000 new disaster displacement cases (movements, rather than people) more than 98,000 of them were the result of the 2019 monsoon rains, which brought the most rain recorded in a decade and resulted in flooding and landslides.

Many families who were displaced by the 2015 earthquake in Rasuwa were moved to various parts of the district by the National Reconstruction Authority (NRA) in the Uttargaya Rural Municipality and Gosaikunda Rural Municipality. However, an NRA technical team, found several months later the temporary shelters as in areas are prone to monsoon-induced natural disasters. According to the District Project Implementation Unit of the NRA, the government provided a grant of Rs 200,000 to families to buy land to rebuild their houses but it has been suggested that there is still a gap in the provision of safe housing for internally displaced people. 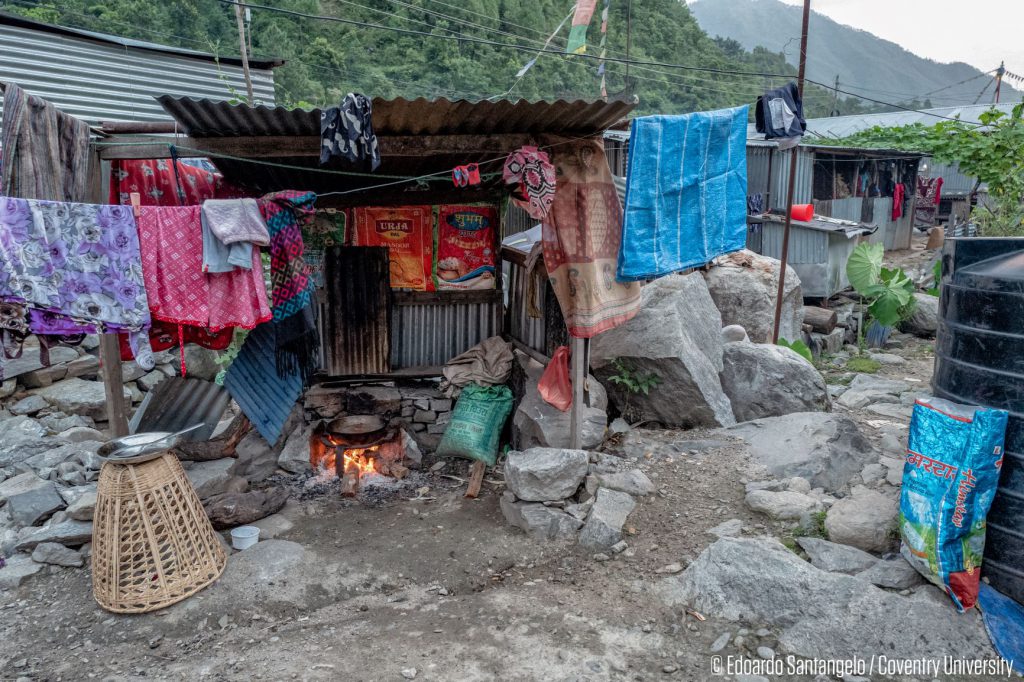 HEED is working with an internally displaced community in Kkalte, Uttargaya Municipality, Rasuwa district, Nepal. The camp is an informal settlement, which was formed after the earthquakes of 2015 and hosts around 220 households, with 90% of the camp population Tamang. Tamangs are one of the largest indigenous groups in Nepal, with their own distinct language, culture and social structures. The camp is connected to the national grid for general household energy needs, with most households paying an average of GBP 0.35 (NPR 50) per month for energy. The camp is managed by a Camp Management Committee, who are authorised to negotiate and make decisions on behalf of the camp.